And before we know it, it’s the start of a new year, and that means that it’s time for new year resolutions. Speaking of resolutions, did you know that the social media experts and thought leaders have already started with the trends that are going to rule the social media in the coming twelve months.

Now, just because the trends have not yet seen the light of the day, it doesn’t mean that they won’t come true – know this that with the way the year 2019 had gone by, it’s fairly confident that these trends – if not all – can be expected to see in 2020.

In 2019, perhaps it is Facebook that had seen and gone through the most – right from the Cambridge Analytica scandal that rocked Facebook to the negotiation of its crypto payments option, Facebook has tightened up its data, and thus, convincing the news organizations of the world to trust their platform.

As of now, it’s been heard that Facebook has been working to build a framework for Libra cryptocurrency, but the main problem is that the majority of Libra’s backers are stepping away from the project – though Facebook has been insisting that the project will move forward, but at this rate, it is bound to take a bit longer than originally expected.

It is expected that Facebook will give Watch a major push in the coming months that will be fuelled by its dedicated news tab, but it is yet to be seen. If Facebook can make Watch the next Youtube, then, it will mean increased potential for Facebook, but Facebook will have to make many new functional developments to make their dream come true.

Instagram has ruled the hearts of the people in 2019, and it looks like it’s going to continue that momentum into the coming months.

The big focus on Instagram is on user health and wellbeing, plus its good news that the options of eCommerce have been slowly evolving – and with A. Mosseri, the former Facebook news feed chief at Instagram’s helm, we can expect to see Instagram making some exciting changes to the app.

What about Instagram’s Threads messaging app?

Sadly, it doesn’t seem to be holding up – launched in October last year, Threads main innovation is to let your closest connections know what you are up to even if you are not active in the app. But the thing is with Instagram already has the Direct feature with which you can use every other Instagram function, the Threads feature seems pretty much limited, and frankly, of no use.

Recent data has also proven the same – Threads has not been popular with the users, and if this goes on, it doesn’t need a genius to predict that Threads will be closed soon enough.

At present, IGTV is not much of a consideration, but knowing Instagram, it’s worth keeping tabs on what IGTV has to offer in the coming months.

The biggest shift in Twitter has been in perception – now, Twitter would no longer report its active user counts, instead they have switched to a new metric, which is known as ‘mDAU’ or in other words, ‘monetizable daily active users’. It may be lower than the regular MAU and DAU counts, but it shows the users from which Twitter can derive actual value.

That said, Twitter is also quite keen to remove bots from its platform, and which it had been doing quite recently as a move to clean up its platform – a move that has rightly been paying off.

And what about topical discussion?

Only last month, Twitter has rolled out a new feature – users now can follow specific topics as opposed to user accounts, thus making it clear that Twitter too has been thinking of expanding its platform by allowing people to stay in touch with people as well as to latest news and trends.

Recent data has shown that this is a good move – for the seasoned Twitter user, it may not pose much as a problem for not being able to follow certain topics, but for newbies, Twitter can be daunting, often finding it difficult to connect with the right people and right accounts.

This move has also seen a rise in using Twitter in the developing countries where the platform is still continuing to grow, though this move might not see much of a hub-dub in the western nations where topics are not much of a major thing.

And the best part is that even though Twitter has released a major list of various topics that can be followed, experiments are still seen to be going on with more refined topics, which is sure to gain momentum in the coming months.

However, one thing to be noted is that the topics can only be a hit among the users – seasoned or newbie – if they can gain value from them; and if the topics get flooded with spam, then, it will be a waste of time. In the coming months, it’s expected that Twitter will focus on this issue.

And this is where things are likely to be headed in the coming months – while Facebook, Twitter, and Instagram has much been in the news for their predictions, Pinterest and Tiktok are not much further behind. It’s predicted that Pinterest will shift into eCommerce and questions will be raised on Tiktok and what’s its value for marketing.

But then again, not all of them may come to fruition, or they may come – the thing here is that the above is what you can expect to see from the major social media platforms in 2020. 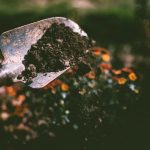 9 Gardening Tasks to Undertake Before the New Year Starts 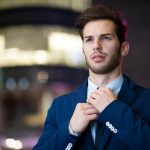 3 Tips on How to Wear Tweed (And 5 Best Brands at Where You Can Splurge!) 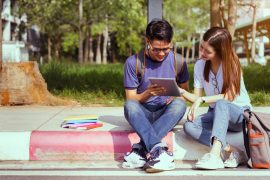 How Edgenuity Is a Wave Of Change In Education? 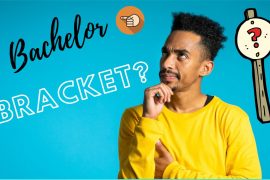 What’s The Fuss About Bachelor Bracket?

Tips on How to Use Social Media Responsibly 2019